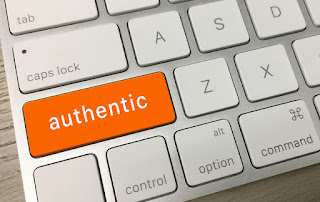 April slunk in along with the Easter eggs so it took a while before anyone noticed it.

Amazon announced it was closing down Kindle Scout. This was unexpected and as industry pundits have said it was always an experiment anyway.

What wasn’t an experiment was a Twitter thread detailing the two different conferences that authors experience when they go to RWA, the biggest writers conference around. If you are a Writer of Colour what you experience is vastly different.

A few months ago I linked to a plea by a British Independent Bookseller to have an organisation that could have the same marketing clout as the big chains. The House of Lords said tell us more and so this week publishing executives spent a few days informing the Lords just what makes a level playing field. A literate population is essential.

Attendees at Bologna Children’s Book Fair were talking about literacy too and the rise of Audio Books for children. With the increasing popularity of in home smart speakers, the big children’s publishers are adapting books into interactive experiences that 'Alexa' or 'Siri' can use to entertain your child.

Recently Steena Holmes sent out a plea to authors about finding your authentic fans and sticking by them. This is an interesting post and one to really think about if you find yourself in a marketing daze.

Have you ever had to give a performance of your work to an audience? Yes, it can be nerve wracking. Cristin O’Keefe Aptowicz has 10 tips for taking your page to the stage.

This week Amy Collins has an interesting post about One Big Don’t. It is an important read for authors who are Indie publishing. If this is you... take the time to read it... and do your research.

Also in the Don’t category was the Twitter thread where a male author decided to take issue with the #ownvoices movement saying he was quite capable of writing from a woman’s interior viewpoint. Unfortunately when excerpts of his work were posted in the comments they didn’t prove his point. Woman wrote descriptions of themselves as they thought a male writers would write... also including famous male writers turgid descriptions of women and then the New Yorker published an op-ed. This is why Point of View matters so much in writing.

3 creative writing exercises from Roz Morris... then get a whole heap more from Reedsy

Writing romantic and fight scenes- they are the same... NowNovel- Bookmark

4 ways to simplify your writing process

When is it time to say goodbye to your Work in Progress and give up on it.- Anne R Allen- Must
read!

How to get also boughts- Written Word Media- Bookmark

Nathan Bransford has been struggling with concentration. He decided to fix it once and for all and discovered some good tips.

Last week I linked to an infographic that helped you brainstorm a book idea. This week what are you going to call your new Indie Press?

So coming soon from Black Fuzzy Turtle Press- the compulsively readable thriller about a lovesick ghost’s dream to explore their eating disorder....

somewhere in a multi-verse near you...

I round up the best of the bookmarked craft and marketing links as well as some other bits and pieces in a monthly newsletter. When you subscribe you will also get a nifty book crammed full with marketing notes. I promise to be early this month...

Posted by Maureen Crisp at 8:58 PM