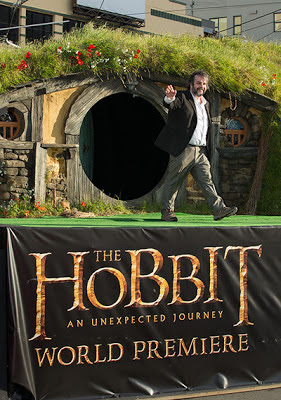 At the beginning of the year no one was thinking about the merger of any of the big six...
or the move by any more of the big 5 to acquire ‘boutique author publishing services’ after the debacle that was Harlequins acquiring of a ‘boutique author publishing service’ where they thoughtfully (after their authors screamed at them) changed the name and the aims of the service...imprint...press...tho they carefully kept the fees to publish with them.
So why, after seeing the map of the last few years, is Simon and Schuster partnering with Author Solutions to have an ‘imprint,’ Archway, where you can access their services at truly eyewatering prices to publish your book? (Children’s writers you will be slightly better off... only up to $8K.)
Victoria Strauss from Writer Beware...lays out the numbers and asks WHY WOULD YOU DO THIS??? (Share this around people and let newbies know...)
Victoria also highlights a disturbing little sentence found in Publishers Weekly coverage of the launch of Archway.
"S&S will refer authors who submit unsolicited manuscripts to the Archway program."

Laura Hazard Owen of PaidContent also takes a magnifying glass to this latest move. As authors and commentators scratch their heads over this latest move by a big 5-er (or soon to be 4)... think about this little side journey...Penguin own Author Solutions...

Mike Shatzkin makes some compelling arguments for the benefits of merging Random Penguin style...think 50% of the bestsellers out there...now think of your local big box store...now put the two together...

The great blogger Passive Guy has taken a look at new moves in the journey to get their case heard by Harlequin authors bringing a class action against the publisher. He outlines the stops on the way and how the destination will change the landscape for all authors out there.

While Amazon (behemoth and outside the big 6,5,4...) has been squabbling about paying tax in Europe...coz their office is in tax haven Luxembourg, they have also been expanding their publishing company. They are moving into Europe and will be expanding publishing operations in France, Germany, Spain, Italy and the UK... however their head office will be in...(go on, pick the country.) PaidContent has the low down on what it all means.

Rachelle Gardner asks if you have imposter syndrome...and I must say I often do...I’m also guilty of going back to the beginning syndrome in my writing journey.
Krissy looks at traits of highly sucessful writers...they could have a map!
Tali Rowland looks at ways to break through and write when you really don’t want to....
L M Preston has the must read unique paths to publication plan of attack.
If you hate writing a character what do you do... Roz Morris gives advice
Writer Unboxed has an interview with two new children’s lit agents.

Long time readers of this blog will know I am interested in the power of author collectives as a force for good...and so it was with great interest that I read, While Publishers Play Safe Authors Create The Brands Of The Future from Roz Morris. Go on, shout Hurrah!
Imagine going on a road trip with your best buddies...this is what an author collective could be.

In the craft section, this week plenty to interest you...
Skill lists for character motivation
6 types of courageous characters
When Muse and Plan collaborate. This is a great post from a guest on Larry Brooks Storyfix website.
Adapting story structure for any project...this looks at using Save The Cat in all sorts of ways.
Writing Tense Action Scenes...from a Thriller Editor.
Ava Jae on writing REAL characters
6 non writing things that may improve your writing.

To finish,
Today Publishing Perspectives and Scholastic joined together to have a one day conference looking at YA. Check out #PPteen on Twitter to get comments from the YA Lit community on New Adult lit..sales...and quotes that should be on tee shirts!

maureen
pic from yesterday’s little event, down the road from me.
Posted by Maureen at 5:06 PM 2 comments: 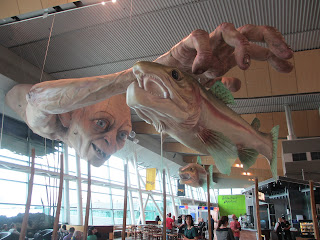 Jet lag...
Until you experience it you never can quite understand what it means.
I now know what it means!
Apparently flying from the Northern Hemisphere to the Southern Hemisphere is worse.
I am just beginning to feel normal, four days after landing...and that is with pushing my body to get into the right time zone...drinking water and exercising etc etc.
While I was away, mostly out of wifi reach, (using the travelsim on my phone was a nightmare.) stirring events were taking place in the world of publishing.

So To Catch Up

The news that Random House and Penguin were merging...took every one by surprise at the end of October. The implications of this are fairly staggering. THE BIG 6 and AMAZON are now down to the BIG 5 or is it 4?

I caught up with current thinking about implications of this merger with The NY Times...who think they merged to fight Amazon on size (they increase market share to a quarter of all books sold.)
The Guardian thought that this could signal the rise of the Indies and so all is not lost.
These are two interesting articles and perspectives of what BIG 6 mergers mean to the industry...however as I was catching up with this news, yesterday rumours were beginning to surface of a merger between HarperCollins and Simon and Schuster. The WSJ has crunched the numbers on this one...so we may be seeing the cassandra prophecies of the NY Times come true. (eek)

Mike Shatzkin all round publishing futurist and guru has commented on a few things he learned at a librarians conference and the implications thereof. The impact of apps on non fiction publishing and how Non Fiction writers had better have the App ready.

Vertical Publishing has long been advocated by Mike and The Bookseller Blog written by the Chief Executive of Osprey Publishing takes a look at what they are doing to enhance their imprint impact. (For those of you who are interested, like me, in author collectives join the dots....)

James Scott Bell relates his encounter with a reader in Starbucks...which highlights the real world effect of the above two links. (read read read)

Anne R Allen puts writing into perspective when you feel you are running very fast just to stay in the same place. This blog post has resonated everywhere with writers.

Roz Morris has reposted her how to get a tax number from the IRS blog article updated...

Writer Beware has a guest post on when to let a contract go...some very good advice here on how some contracts will harm you.

Tim Ferris (the four hour guru) has had his Amazon published book banned by B and N stores. Porter Anderson takes a look at the implications of this...is it clever marketing...or does it herald a disturbing move by book stores against authors who are published by competitors...The usual chewy read from Porter.

In Marketing,
Goodreads want to introduce a new section for authors called the premium author programme...check out what it means for you.

Elisabeth S Craig explains how she gets a free promotion of her books without having to sign up to the KDP programme. A cunning plan!

In the last gasp up to the Thanksgiving holiday in the US, Amazon have introduced Amazon Pages where you get a customised storefront just for you on the Amazon site...hmmm think about the implications on your business of that!

In the Craft Section,
The fine art of Story Resonance. This is a great article on adding depth to your story.

Seven reasons agents stop reading your first chapter. This article tells what happened when an actress started reading out random first chapters to a panel of agents...interesting!!!

To finish,
Tools of Change from the O’Reilly group and Publishers Weekly have posted their Author Revolution Manifesto. Take a look, do you agree....would you sign up to the revolution?

It is Thanksgiving day and Jill Monroe has posted her sweet potatoe casserole recipe on line to acclaim...Kiwi’s would you be able to do this to a Kumara?

pic is the interior of our local city airport. The city is hosting the world premier of a certain movie in 6 days time. Richard Taylor and his team had just finished putting this up when we arrived to fly out.
Posted by Maureen at 4:39 PM No comments:

Ten links to get you thinking GRAB BAG

So now you know I can’t count...hehehe

Craft how not to be boring

A pop up book shop is working in an Irish station and it’s virtual.

Amazon gobbling the big writers...its a long way off yet.

Regular posts resume next week. I hope you enjoyed all the thinking links over the last four weeks.

Posted by Maureen at 8:15 PM No comments:

Ten links to get you thinking on MARKETING YOUR BOOK

Enjoy,
Maureen
Posted by Maureen at 8:06 PM No comments:

So now you know I can’t count...hehehe

The rise and rise of small publishers

Enjoy,
Maureen
Posted by Maureen at 7:55 PM No comments: