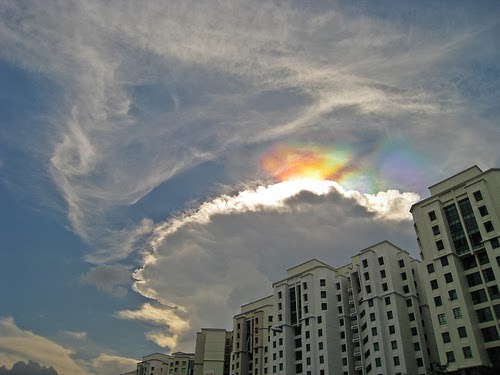 Today I am one day late in posting this roundup.
The end of January creeps up and suddenly the family realises that the summer holiday is over and school is nearly upon them. Cue plaintive cries for new stationery... uniforms... and other essential items that earlier in the year they denied they needed. How did they grow so fast over the last week? Why has one child lost their school pens before they even got to school? And whoever invented book covering plastic adhedsive should have a special hell reserved for them with a stack of schoolbooks, a tearful child and book coverings that never go on smoothly!

This week in the publishing blogosphere, Chuck and Mike ruffled feathers over their different takes of the self publishing phenomenon and the future of bookstores and publishing.

Mike Shatzkin started the week with a blog post on the future of bookstores and the decreasing shelf space for print books. Bookstores are increasingly going into non-book ‘things’, how will this impact on publishers and writers in the future. This is interesting reading and there was a lot of discussion about ebooks and whether selfpublishing print was sustainable...cue impassioned posts. Mike continued his examination of bookstores and the loss leader of selling cheap books to get consumers into the store...can this be sustained?

Chuck Wendig was in the gun for daring to state that selfpublishers should do the best writing they can as a service to the readers. He sees the increasing avalanche of badly published books as bringing down the status of the industry. He has had an avalanche of comments but some interesting ideas have come out of it. There was a mini thread looking at author collectives and the buying power of a group employing editing, cover and marketing services.

Andrea Phillips wrote a great follow up blog looking at different models of author collectives. Have a read then take a trawl around her website...WOW
I think an author collective model is where we may be heading in the future. (I’ve been saying it for years.) It maybe time for the best parts of the Bloomsbury model to be ressurected...

Porter Anderson has expanded the Ether to a live Twitter chat called #EtherIssue and this weeks topic was on self publishing where everyone has a % stake in the book. A lively chat ensued with all sorts of ideas and facts springing out. This was springboarded from the winning essay in December on the future of Bookselling. It is a brilliant read and was anonymously done by a publisher from Faber and Faber... a must read.

Another writer springboarding off Chucks blog posts this week is Ian Rodgers, a music critic, who looked at all the comments comparing the music industry and the publishing industry and decided to set the record straight. This is also a pointer to the way things also might be heading. A thought provoking read.

The phenomenon, Joanna Penn, was interviewed on her writing life balance and what she would do now if she were just starting out. It makes interesting reading.

Angela Ackerman and Becca Puglisi are a phenomenal twosome. Angela is interviewed on how to co write with another author, across countries...

In the Craft Section,
Revision is on everyones mind...

Elisabeth S Craig on how to tackle big revisions...great reading.

Kate Walker from Romance University on cutting for pace...this is a bookmark post.

What matters when writing for a global audience?

Writing a series...the things you need to remember.

In the Marketing Section,
The Book Designer.... checking your epub files before publishing, tips and tricks.

Publishing Perspectives has an interesting discussion on Book trailers. Do you need them?

Website of the week.
Life Hacker and Google tips for the student...Some great tips in here for the writer!

To Finish,
Leaving a literacy legacy... This is an important issue and one that is not really talked about but what happens to your literary work after you are dead. Do you have a literary Power of Attorney? This is a timely read because your work hopefully will last longer than you will. How do you want your writing to be treated... and that means your good name as well.

My publishing advice - Do your homework in all facets of the game. Weigh up which path is right for you and your energy levels. Work on your writing to make it the best you can. Get it edited by a professional editor. Whichever publishing path you choose make sure your work is as good as it can be. Your name is on it and it is your legacy.

Writing is a Craft. Storytelling is an Art. Publishing is a Business. –Chuck Wendig

After the full blog post last week... you may be thinking what more can there be?

Last year the talk of Digital Book World week was Hugh Howey with his ground breaking Print Only contract. Hugh wasn’t on the panels last week but he was still making waves with this incredible post speculating what he would do in the first month if he was the new CEO of a ‘New’ Harper Collins.

This list of 13 points was talked about, applauded and then analysed by Porter Anderson who included Hugh’s agent Kristin Nelson’s PS about what she would add to the new look publishing company.
Every point makes you sit up and go yeah!

Hugh then followed it up with what he would do in the second month. Nailed It!
Anybody thinking of starting a publishing company… here is your blueprint. Brilliant stuff.

Recently the publishing bogosphere was talking price points and how you set prices on your books... Kris Rusch has been writing a series of articles on the business of writing and she is one savvy lady. Take a look at her latest post, pricing and discoverability, it is a comprehensive master class in pricing books... ebook, print, series... If you add this info with Hugh’s that is your brain expander for the month.

Joel Friedlander always has useful tips and here is the blogpost that explains how you pull neat quotes out of your book and make them jpeg graphics...sweet!

Rachel Gardner has a blog post on what you should do if you think your work has been pirated.

In the Craft Section,
Top tips in Combat writing.

Elisabeth S Craig's post on reason's why you kill your characters… has been shared around the blogosphere this week. You may selling your character short when you send them down the river.

Jody Hedlund has 5 top ways to rivet your reader.... and she uses children’s books as the example.

How lists can help you write.

In the Marketing Section,
Ava Jae has the blog post explaining why you can’t chooseany old 50 pages to send to an agent.

Writer Beware has warnings about Agent Artery, a dodgy outfit who will send your MS to agents on your behalf. It is a shocker! To start with they address your prospective agent as ‘Human’... not even Dear Human....

For those of you who like infographics Media Bistro has a funny one about publishing your book... This could be a good one to share around to all your author friends.

To Finish,
Anne R Allen has an interesting blog post on whether your writing is your hobby or your profession... or both. This is a nice post helping you make sense of your creative compulsive drive.

I’ve been painting and scraping in my old cottage today so am crawling off to bed to dream of a bright new publishing world... or probably neverending paint stripping... Think of your own picture for this weeks roundup…hehehe.

maureen
Posted by Maureen at 11:26 PM No comments:

Cracking the Predictions for 2014 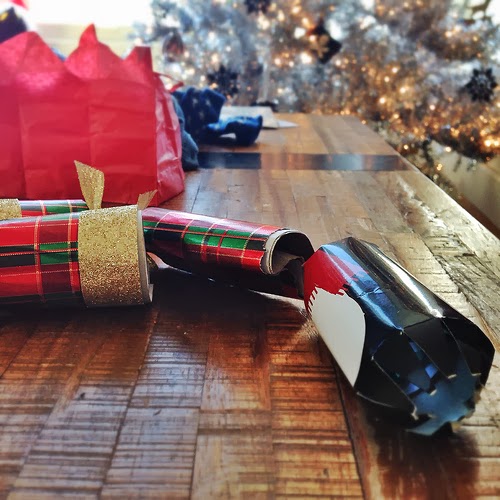 Happy New Year
2014 on Craicer was about to start with a round up of all the predictions for the publishing world for the year... until I fell and badly sprained my hand at a popular tourist spot in the North...so you got an extra weeks break and I narrowly escaped one.

This week is Digital Book Week Expo in the US (#DBW14) It kicked off with this one day conference on all things digital with children’s books. No surprises that the day was immediately sold out. Look what was on offer.

Publishing Trends has the quick round up...but really if you are involved at all in kids books you should take a look at what was discussed.

However the organisers have made some of the presentations available on slideshare...and for an extra insight you can scroll down the twitter feed.

In Publishing Predictions for 2014
Ebook pricing was a big discussion point along with new publishing models... agent publishers, big publishers getting into concierge services, which publisher will be next on the block, subscription and library models.

Porter Anderson takes a close look at pricing in his latest Ether post, following on from discussions generated by predictions 2014.

Mike Shatzkin, publishing futurist, rounds up his important points and shrinking retail space for books is one of his top concerns...there is an obvious flow on effect everywhere and do we really need celebrity imprints? Johnny Depp gets his own imprint...

Mark Coker of Smashwords predicts big things for subscription models and the squeeze on libraries. He also puts in a plug for author collectives and the way authors are beginning to collaborate on branding and publish themselves collectively. (This has great potential in NZ as I keep saying...)

For those of you who use the New Year to Redefine Your Writing Goals…
Have a look at these articles.
Jane Friedman on What you want from Writing

Dean Wesley Smith on How to Keep your Writing going as a Business.

Dave Gaughran on Enjoying Marketing...otherwise you aren’t doing it right.

On the flip side.
Hugh Howey raised the point that traditional publishers are about to try to market themselves as hip and independent publishers... this also became a talking point at #DBW14

Laura Kaye (Romance author) took issue with the Kensington Publishers comments on self publishing. She examined the myth and the reality points that they made...and then the comments opened up. What was really interesting in this conversation was the willingness of self published authors to talk about their incomes...and how they got them... which challenged all the original points made in the article.
If you ever want to figure out where this publishing business is going just follow the romance writers. They are a very savvy bunch. (NB I heard over the grapevine that NorthTec may be including a Self Publishing course...tutor; a 6 figure income erotica writer based in Kaitaia...)

In an impassioned open letter to Indie Authors ... J M Gregoire asks everyone to lift their game! This letter has had many writers agreeing with her comments...

Next week I will be back home into my regular groove...well maybe when school gets back at the end of January.