The power of the image... 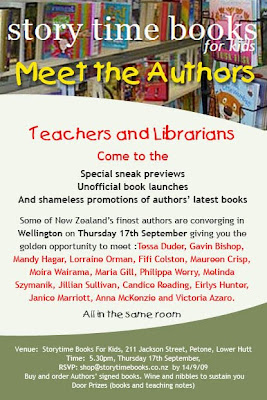 This morning while telling Fleur Beale how busy I was....she knows... she's on the Spinning Gold Committee too ...we got to talking about the power of image... specifically images that you manufacture as marketing yourself.

I was mentioning them in relation to the billboards around at the moment with pictures of Ms Hilton and the word Vacant. The billboards are advertising that the space is for rent. Fleur thinks that Ms Hilton has a good PR machine as she is known for being known, the drug of celebrity.

My business card is finished and I’m very pleased and judging by others reactions....they are cooly spiffing! I’d show you but I’ll wait until after the conference is over...(really it’s because the camera has left me to go cover a story with my husband.)The image is fantastic!

Less than a week to go and I have a lot to get through....My personal goals for the conference are now becoming urgent must do items which I have to find time to address before Thursday, the day before the conference opens!

On Thursday night there is an event at Story Time that I am involved in and have to prepare for and I would love to go to the Speculative Fiction event in town on the same night with one of our Spinning Gold Panellists.

However with the urgent press of details to be ticked off, I am in danger of getting to the conference and quietly collapsing.... Just prop me in a corner. (Icky image) The committee have all worked their socks off!

We are proud of this conference and everything we have put together...and we know everyone coming will have a blast! (If the daily emails of excitement flooding our conference in-box are anything to go by.)

I’ll leave you with the new book trailer For Scott Westerfeld’s new book, Leviathan. He is getting into the Steampunk genre and if you don’t know what that is... watch the trailer....

My daughter said she wants to read the book based on the power of the images in the trailer (and she didn’t like Scott’s Uglies series...

See you after the conference is over...