Failure Planning In This Writing Business 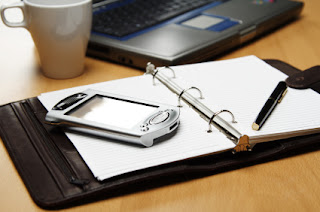 This week I was discussing the abuse of interns with an economist (as you do.) He was highlighting how tech interns are offered lots of unpaid work as a leg up in the industry. Its not a leg up... it’s a leg shackle. This morning The Bookseller had an article pointing the finger at unpaid internships in publishing. (Arrgh – not in my own industry! I thought we were better than that...) I have seen Internships advertised now and again on Twitter... and they ask for writers mostly. So go in with your eyes open!

Kristine Kathryn Rusch has sideways jumped with her blog series on Contracts and Deal Breakers. Prince’s lack of a will raises some huge issues for any creative legacy. Recently Kris was editing an anthology and saw at first hand what a mess some writers literary estates were in. This is an important issue. And yes it applies to you! Take the time to read her article and think about what you can put in place in the unfortunate event...

If you are thinking like a business owner... and you should be... Molly Greene has an excellent article on Business Plans for Authors this week. This is a quick run through of the basics that you should be covering.

Anne R Allen has a great post for new writers about ways they can derail their writing careers before it even starts. This is a good post to share around. I have come up against these attitudes from writers and I just wince.

This week Catherine Ryan Howard had her first Traditional Fiction book published.  Catherine Caffienated has been a popular go to blog for anybody learning about self publishing. She is funny and honest as she learned in public and helped countless others on the way with her non fiction books. So why go traditional with fiction? As part of her promotion she has an excellent blog post on killer twists.

The Marketing SFF podcast is always a great learning resource to dip into. This week the team interviewed best selling series writer Garrett Robinson and it was a cracker! Garrett writes in public on YouTube. It’s almost performance art... Spend some time with this podcast and get mind blown!

Audible is doing an interesting thing. They are allowing subscribers to gift an audible book for free. I’m trying to see the catch. You get to still own the book. The creators still get paid as if it’s a real sale... you don’t have to buy the book again. Sounds wonderful!

In the Craft Section,

How to avoid sagging middles

Take your reader to another world- Writer Unboxed

How to avoid plotting mistakes

Building the movie in our minds- Jami Gold - Bookmark

In the Marketing Section,
5 Marketing ways to revive your series- Janice Hardy

How to podcast – Joanna Penn

Susan Spann has written an excellent series on right in contracts. These are Bookmark posts!
Subsidiary rights and Merchandising rights in publishing deals. Read and have your eyes opened!

To Finish,
If you are a fan of writing inspiration quotes, a few children’s writers explain their secrets to writing successful books.

Thanks much for the shout-out for my post on writer self-sabotage! Lots of great links as usual!

Thanks Anne! That article of yours was sooo timely. I am always saying read... learn about the industry. It's changing so fast. For some reason people think that art alone should not be sullied by common sense!