The Cost Of Writing 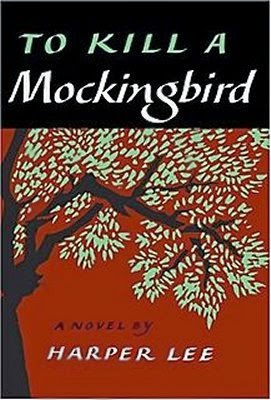 What are the odds that a reclusive writer who wrote one book that has topped best seller lists for nearly 60 years would suddenly decide that the time is right at age 88 with severe medical issues (deaf and nearly blind) to bring out the first book she ever wrote.  (insert dead fish smell here.)

This has been the main topic of conversation this week in the publishing blogosphere.

Once the usual literary crowd finished celebrating that Harper Lee was releasing a sequel to To Kill A Mockingbird then saner heads started asking why and the story becomes increasingly unlikely. Is it a rights grab by a lawyer who took over Harper’s sister, Alice's, law firm after her death a few months ago. Is HarperCollins behaving ethically in this whole affair? Is the lawyer to be trusted or have they played a very long game? There are lots of questions around this. Where is Atticus Finch when his creator needs him?

Staying with things legal... Tess Gerritson talks about what is happening with her landmark legal battle with Warner Brothers who bought out New Line who had the option on her book Gravity 15 years ago... and it makes for some nervous reading for writers selling film options.

So the first two items this week are after the book has been written, Chuck Wendig looks at the emotional rollercoaster of writing the book with his handy guide.

Susan Kaye Quinn talks about the need to create... and how that jumbly mixed up feeling is telling you something important.

That something important could be the startling finding from last weeks author earnings report about that 30% of books being published without ISBN’s. Here in NZ we are in a relatively fortunate position of getting free ISBN’s. But in the rest of the world it is a different story. It is a real cost. Porter looks at the issues raised by the author earnings report and then discussion over ISBN’s and their value get a hammering in the comments.

If you have a toe in the academic publishing world these five predictions for 2015 are for you.

Seth Godin amplifies his call to publishers that if you aren’t selling direct to consumer you are....

In the Craft Section,
Kristen Nelson on what is uneven writing

21 fast hacks on fueling the suspense

Susan Kaye Quinn on not rushing to publish

3 most effective types of inner torture for your characters

In the Marketing Section,
The big story this week is Bookbaby beginning Print On Demand. This is big news for those who don’t want all their stuff in the Amazon basket. Canny marketers have also discovered how you can play both sides...

Jody Hedlund on whether you really need social media

Self promotion for horrible people

Odd Stuff
Buzzfeeds collection of coffee mugs for book nerds
Jeff Sanders on why you need to track every little accomplishment.


It is possible that Harper Lee stared at each of the 5 reasons why writers avoid writing in the face and took them on board or she didn’t know how to follow up the first book (first book syndrome) or, as everybody suspects, the phenomenal success frightened her to reclusiveness. But if this is a rights grab... it will be a landmark in publishing... as the day when some publishers lost all moral credibility.
Posted by Maureen at 1:46 PM