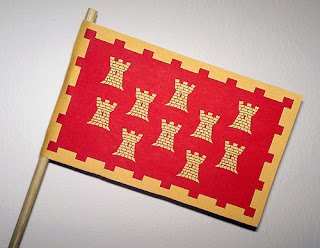 This last week I’ve been meeting up with writers in various venues discussing writery things.... Sometimes it was what we thought the librarians would pick as their top books for 2012 in the Librarian and Information Association of New Zealand Aotearoa or the LIANZA’s as they are most commonly referred to. The awards are out...and I have great pleasure in saying to various writers.... including award winners...I told you so!

In other publishing blogosphere news... LA SCBWI conference wrapped up this week. This conference is the one everyone in children’s writing wants to go to, (or the NY Winter conference.) A few years ago they got a team of writer bloggers together who blog the conference for all of us who live around the world and can’t get to LA. Go to the blog and scroll down on the right for all the topics covered... Take your time and dip into the conference panels, keynotes, interviews....aaaaah. There is even a sampling of fabulous tweets from #LA13SCBWI throughout the four days.

When you finish that...breathe deeply. Squash down that green imp of jealousy and register for WriteOnCon...a free two day online conference for children’s writers, now in its fourth year, happening next week. With another brilliant line up of speakers again. WriteOnCon 2012 is still being referenced around the blogosphere now. IT WAS THAT GOOD.

When you have done that...
Make the time to watch this fabulous video where Joanna Penn interviews James Scott Bell on writing, self publishing and the business of being a prowriter. It is top notch brilliant. I have two of James Scott Bell’s books and they are amazing!

And after that...
You must read this blog post.
Susan Kaye Quinn on writing the five year plan and the fiveyear creative plan...So much writer awesomeness in one package.

If you are interested in gatekeepers...(you want more of them) copyright protections...(you want less of it) then you need to take a look at Porter’s Ether for the week and that will bring you up to speed on what has been talked about this week around the water coolers in New York.

If you want to get right to the craft bit.

Carol Riggs on knowing when your MS is ready to be sent out.

K M Weiland on making your book live up to its potential.

Ginger Clark...(Uber Kid’s Lit Agent) answers questions from writers...great round up including is there an optimum time to send that query?

So there you have it every one a bookmark post!

To Finish,
I have been following the misogynist pull up in Sci Fi for the last month. It is Con season in the states...and the trolls are out in force. Sci Fi writers are often at Con’s as part of their publishing contracts and it has been sad to see them having to defend their right to be there if they are women. However there are quite a few male Sci Fi writers pushing the misogynists right back, as John Scalzi beautifully says in ‘A Creator’s Note To Gatekeepers’ it’s an economic argument. Women read and play these cool games too.

So around the blogosphere there has been general high fives when one writer called the police over the 50 rape and murder threats she received in two hours...ongoing. And there was an arrest. When a writer commented on this in her BBC radio programme she was inundated with the same kind of troll calls. So she asked to talk to a couple of trolls. It was enlightening for everybody!

Along with this was Cassandra Clare’s experience as a YA novelist at Comic Con this week with the City Of Bones movie set to come out very soon. Interviewers questions were inane because they saw the movie as being for teenage girls and they weren’t worth wasting time on.
Anyone seeing red yet?
Read the great slap back which is being tweeted around the blogosphere today.

"We write by the light of every book we've ever read." Richard Peck

pic from Flickr/creative commons- The Laird of Oldham The flag of Greater Manchester City.

Posted by Maureen Crisp at 5:25 PM