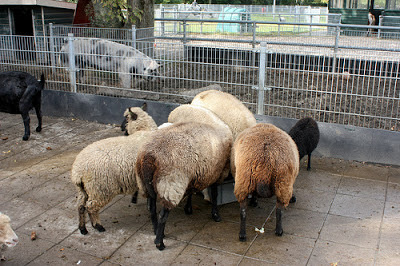 Last week I referred to the media frenzy surrounding Into The River, which won Senior Fiction and Book of The Year at the New Zealand Post Children (and Young Adults) Book Awards. The media frenzy revolved around concerned groups of people calling for the book to be banned and stripped of its award, because in their view there is explicit content in it not suitable for children. As I stated last week the book is for Young Adults and is aimed at 15+ and reporting knee-jerk reactionary comments from people who have not read the book is sloppy journalism.

The media has moved on to cover other things...however the vitriol surrounding this book has not. This last week many Children and Young Adult Authors have been concerned about the level of personal attacks being made on Ted and the Award sponsors, New Zealand Post, on social media sites. The authors who have stepped in to defend Ted have also become targets with hate filled comments being left on their own websites and on public social media platforms.

The hurt being done, by a small number of vitriolic people with a deeply conservative viewpoint to the New Zealand Children’s Literature community is very palpable. These libelous slurs live on in social media, forever searchable.

There are many things wrong that we should be taking the time to debate like the high suicide rate amongst our young people, the high youth unemployment and teen pregnancy figures, the ease of access to harmful drug substitutes at our local corner stores. These are very real threats to our young people in New Zealand. Why is there such a negative focus on a book that may help teenagers understand these issues and find solutions safely?

This is why the children’s writers have been defending this book. With bile all over the award sponsors social media sites, will the children’s literature community lose its pre-eminent awards because of the actions of a small group of uninformed people who have not read the book?

Overseas the news that the judge found Apple guilty of collusion in price fixing is starting to make waves.

Earthshaking is how Mike Shatzkin describes the latest figures coming out from Hachette in the UK. More than 50% of all sales, print and digital are being made online. This article is a must read for authors on the future implications to the publishing industry. With B&N pulling out of Nook it seems that the publishing world that we are getting used to may be going south very rapidly.

And what will RandomPenguin do? It seems that killing the Literary genre advance may be their first act.

Last week Sci Fi author and out going president of SFFW, John Scalzi, posted his manifesto for attending Sci Fi Con’s (something often built into Sci Fi genre authors contracts.) He won’t be going to a Sci Fi Con(vention) unless they have a published anti-harassment policy. Over 1000 authors have signed his manifesto, however it has also raised questions about limiting income for authors. One author writes why she won’t be signing the manifesto...with John’s support.

Jane Friedman’s article on Optimizing Metadata and its importance in marketing is being widely shared around.

Media Bistro have an infographic detailing where books were most abandoned in the reading.

The Guardian has a great article where they asked the editors of the finalist children’s books in the Branford Boase Awards to write their top 5 tips to authors.

In Craft,
Two fabulous links from Janice Hardy, 10 Questions To AskWhen Choosing A Setting and You Need More Scoundrels In Your Life. (My epiphany - all my favourite reading heroes are Han Solo’s)

7 Things Dungeons and Dragons Taught Me About Storytelling.

How To Use Dialogue Correctly...with examples.

Jody Hedlund has a great article on The Most Important Edit You
Can Give Your Book.

In Marketing,
ISBN’s Do You Need them? (NB: NZ authors can get free ISBN’sfrom National Library of New Zealand.)

Joanna Penn has a new marketing book out and she is doing excerpts of it as guest posts on different blogs...Check out Dave Gaughren’s blog for her take on Marketing Myths.

Goodreads shares a slideshow about Using Goodreads for publicity and marketing.

Nicola Morgan has started her own author shop. If you think about the ramifications of merchandising it seems a logical extension of the Author Brand. Check out what she has planned...

The Indelibles are also looking at Branding and Books and Such

Lit Agency is looking at Author Blogging and whether it reflects your brand.

Cool Website link to visit.
AtlasObscura....click on Random Place and it will take you to a wonderful setting...where you can imagine writing a story...or just long for a lotto win so you can go there.

To Finish,
One of my wonderful author buddies found this great video comment by Young Adult author John Green when he found his debut book was being challenged as inappropriate for children...The reasons sound very similar to what is happening here in New Zealand and John’s answer to the critics is beautifully put.

Thanks for including a link to my article on Novel Revisions in all the resources you've mentioned. Lots of interesting reading!