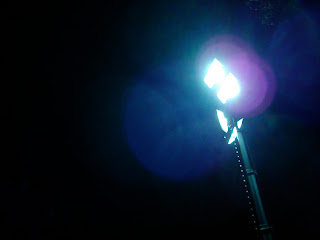 Around the world governments are pulling in their belts and trying to budget better to cope with the depression following the banking crisis. Sadly Educational publishing, which provides resources into schools, has taken a hit with money shaved off here and there or dropped altogether.
Children learn to read on specially designed books and discover an amazing world of knowledge, adventure and dreams that enthuse, delight and challenge them. The best days as a teacher are when you can see the light bulbs switch on over kid’s heads. They can make sense of the squiggles on the page. They can read words!
The people who produce these books are often paid peanuts and still turn out top quality work because they have a passion to create life long learners, to start a child on the road to finding out knowledge for themselves. It is a great gift to give and children’s writers and illustrators know they are privileged to do it. They demand the best of themselves, to give the best to their young readers.

For some reason writing for children is seen as easy...by adults not directly involved in it. Simple words on a page... anyone can do it.  In fact it is a very specialised skill...the smaller the book the more specialised.
When I first sat down to write for children, I brought home 20 readers from my school and analyzed them. On average they had 50 words. They told a funny story with a pay off at the end. The funniest one I analyzed had 47 words. There were only 11 different words used in the story. Margaret Many, the genius, became my benchmark. My ambition to write a funny 50-word reader (and boy was it hard,) became by default my writing school. There was huge jubilation when my work was accepted two years later on the 30th submission to the School Journal. I felt like the child in my classroom... the squiggles finally made sense! I was flying. I could do anything. Of course after that it got harder.

This week the NZ children’s writing community has been standing up and asking what is happening with the School Journal? Is it going to be a victim of a budget cut?
This iconic part of NZ school life provides the major resource of our literacy teaching. It is provided free to schools, four times a year, at four levels throughout the school and is the envy of many countries. New Zealand children’s writers earn a good portion of their income from the Journal, which with its 105 years of history is the longest serial publication for children in the world. The illustrators, many of whom work exclusively for the journal and related resources are world famous in the NZ classroom and unknown outside of it. Our best and brightest talents have started with the School Journal, often continuing to contribute work long after they ‘made it big’ in trade.

We are pleased to say it is still here with us after the uncertainty of the last week. The loud voices, letters to ministers and media attention have hopefully shown the government that even the rumour of a threat to the School Journal will bring a swift response. Educational publishing should not be a victim of a short sighted budget cut. The children will lose out. New Zealand writers, illustrators, designers and editors will lose out and the Government will lose out.
No government will want to be known as the One That Cut The Journal. It would be like banning Pineapple Lumps or Jaffas.

DigitalBook World looks at Mike Shatzkin's predictions that soon most people working in publishing won’t be working for publishing companies...

Is it time for writers to stop blogging? Jane Friedman asks if it is really worth it. And she also spotlights five industry trends that every writer should be aware of.

Is Hybrid the new buzzword for agents...This article looks at the rise of expanded literary agencies.

Wired looks at publishers scrambling for a future.

On Craft,
Story Openings: Hook or Seduction
Writetodone has 5 key questions to ask as you write the novel.
NovelRocket looks at 5 tips to writing a great historical.
K M Weiland on What’s the worst thing you can do to your character.

On Marketing,
Meghan Ward on getting the best out of Goodreads.
Writing and making a Success of Serial Fiction...this is a podcast...and it is really interesting. Iain Broome talks to Sean Platt about writing episodic serials... every week a new Episode up on Amazon.
L M Preston has her top 5 book promotions.

To Finish,
Rachelle Gardner takes a look at what writers have to do to earn some money.... It’s a simple list but shines a small bright light....

Great Blog Maureen - totally with you on this! Mandy

"Like banning Pineapple Lumps' says it all – a great line!