When I have Time 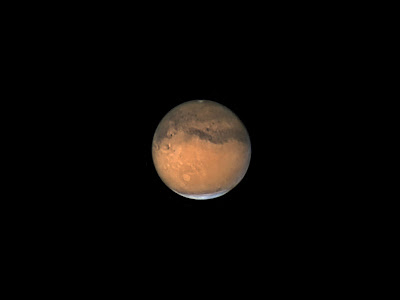 The great Jane Friedman posts such useful information on her blog.

Last week I tweaked my blog in response to a comment made by John McIntyre about having difficulty following the links on a black background....So I changed the background and tweaked colours and generally played around with the site. I am not ditching my space photos...but I did check that they still look ok on the background. As I was doing all these changes I noticed the Great Jane had posted a list of red flags that editors look for, as a result of a webinar that Jane and Alice Pope (Editor of Children’s Writers and Illustrators Marketplace)ran that day on her site. I made a mental note to go back when I had time and post a link....ah the killer words in that last sentence -when I had time-

So belatedly I post this for you to peruse and then you can all go over to Jane’s blog and look at the other great things she has posted since then.

For my blog readers, here are the common problems that we identified during the webinar:
• Flashback on first page
• Too much backstory or explanation, slowing story down
• Waiting for the protagonist to appear (or unclear protagonist)
• Starting with an alarm clock or ringing phone
• Lots of characters introduced on first page
• Ordinary day stuff (getting out of bed, walking to kitchen, etc)
• Ordinary crisis moment without distinct voice or twist
• Too much telling about the story, not enough showing
• Nothing happens -- no action or problem
• Interior monologue: in character's head, just lots of thinking, no acting or interaction with anyone else
• Predictable story start or story line without a unique take
• More of a journal entry (stream of consciousness), and not a story
• Wrong starting point; not starting at a point of change
• Too confusing, not enough reason or motivation to figure out what's happening


Ahh so... I had a nagging feeling about one of my novels and this helps to put it in perspective. Thank You Jane!

However the novel will have to wait for, When I Have Time. The big words...Today I had two must reply emails, a funding form to investigate and my blog to write, in the time the baby is asleep, which is the only time I get uninterrupted. So of course I answered four must reply emails, sent five urgent ones, followed up the funding app and am now just attacking the blog....countdown to baby wakeup is on...

Conference is morphing all over the place....we are in the middle of confirming speakers and making arrangements and waiting on funding...and and and...It is just going crazy but in a good way I hasten to add....I know you are all waiting....some not so patiently...we are working hard...the next time I blithely say ‘oh lets hold a conference....” Hold me down...wash out my mouth... So if you know you want to come to Wellington around the 18-20 September you might start looking at flights....
yikes baby awake....

Hi Maureen. Have to say I prefer the white background myself - easier to read the text. But your yellow links are really hard to read now! And the light green ones quite hard too. Thanks heaps for today's links though, very interesting! I think I'm going to have to follow your lead and blog about what I found :)
Tania.

HI Tania,
Thankyou for your comments...as a result I have changed the colours. I really appreciate the fact that you took the time to tell me that. I felt a twinge when I dropped the black background...because I liked it and it worked with my space theme... ultimately the blog is for the interested public and not for my space obsession....heeheeheehee...go back... drool tastefully over my phoenix astronomical calendar.

I have just flicked to Janes Friedmans blog- so many meaty links and ideas to think about...
cheers maureen

I recently came accross your blog and have been reading along. I thought I would leave my first comment. I dont know what to say except that I have enjoyed reading. Nice blog. I will keep visiting this blog very often.

Hi Kaylee,
Thanks for commenting.It's sort of like a wave over the blogosphere isn't it? I read a few blogs when i get the time(lol)and most of the time I don't comment but I would like to just wave out sometimes.
cheers
maureen