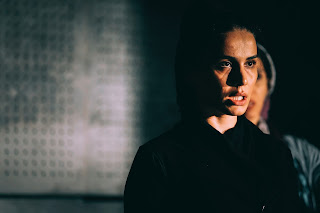 In publishing news this week,

The Booker longlist is out and this is when the judges make some sort of statement about the industry. The chief judge has called for translators to get royalties. This isn’t the first time that translators have been highlighted by the Booker judges. The Booker, one of the most prestigious English language literary prizes has made a point of noticing that their long lists have books that rely upon top-notch translations to get into contention. They argue that translators should get co-billing with the original author, or at least their name on the front of the book.

Publishers Weekly reports on a Caldicot winner setting up a writers retreat for children’s writers. It looks amazing. The retreats are to be themed with 8 or so people at the time across the children’s literature spectrum.

Bologna Children’s Book Fair is on the horizon and Publishing Perspectives details the new events happening online for attendees and free talks you can drop into.

Meanwhile, further over in Europe, publishers are helping out struggling Ukraine publishers by taking books mid-production and finishing them off on behalf of their colleagues. There is a real push to provide small books in their own language to all the displaced Ukrainian children who have ended up in different countries. It is great to see publishers working across borders to help out.

Edit: When I originally posted this blog I edited out a paragraph that I couldn’t back up except with a general Twitter thread that was being talked about and shared, the mass exodus of publishing staff because of burnout. It’s a huge problem. So now I’ve found an article about it.

This week Amazon apparently opened up advertising on traditionally published books by authors. If you have a traditionally published book you can run Amazon ads to it from your dashboard, not your publishers. (Of course, the sales will be good for your publisher…) I haven’t seen a direct link to a statement from Amazon about it yet but it is being talked about as having been slipped into Ad eligibility.

Another week, another Brandon Sanderson comment. Kris Rusch takes to task the thinking behind the sour grape comments about Brandon’s success. It is not down to his publisher's work. Quite the contrary.

Here in NZ, a publisher has announced they are hosting a new prize for a commercial fiction novel. This has caused a lot of comments about why our books aren’t seen as commercial… or read as widely in our own country. Is it cultural cringe? Across the ditch in Australia they have a thriving Read OZ literature scene… why not here? Melinda Szymanik shares her thoughts on the subject. (Mine would get my mouth washed out.)

Written Word Media have an interesting article on how to dictate a book and Writer Unboxed has a great article from Sophie Masson on story strands using varied narrative forms- she touches on Amie Kaufman and Jay Kristoff’s YA books The Illuminae Files which are a tour de force if you want to see narrative forms used in all sorts of ways.

The role of failure in your character arc- Becca Puglisi- Bookmark

How to know whether your story is a Horror, Mystery or Thriller- Lucy V Hay- Bookmark

Anne R Allen celebrates 13 years of blogging this week, or as she puts it, survives. What a treasure trove of interesting and thoughtful articles about writing, the craft of writing, scams, attitude, mindfulness, creativity, the whole 9 yards as we used to say. Drop in and have a trawl around. It is a blog well worth the visit. Congratulations Anne (and trusty co-blogger Ruth Harris.)

Do you want the best of my bookmarked links in a handy monthly newsletter? When you subscribe you will also get a nifty mini book crammed with marketing notes as a thank you.

If you like the blog and want to shout me a coffee, hit the coffee button up top or here. I appreciate the virtual coffee love. Thanks.

Photo by Sam Moqadam on Unsplash

Ruth and I thank you for the shout-out Maureen! And thanks for all the great links. I always find something new here.