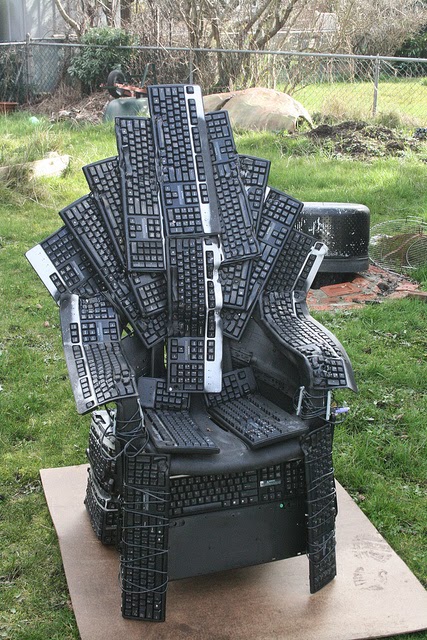 Two weeks to go before NaNoWriMo (National Novel Writing Month) which has become a rallying cry for the would be novelist mostly in the U.S.
Of course come December all the agents and publishers then wade through tonnes of unedited manuscripts. Last year Editors were calling for December to become NaNoEdMo.
If you are contemplating transferring your big idea into a novel ... read this very good piece by writing guru Larry Brooks on how to decide if your concept is good enough.

A lady who has concepts that are mega bestsellers, Barbara Freethy, stunned the publishing world this week with a new deal announcement.
Barbara, an Indie author, has sold nearly 5 million eBooks. She has just partnered with Ingram for a print only deal.
For those of you who don’t know, Ingram are the biggest distributor of books in the U.S. They do print and distribution for the big 5/4/3 plus a host of smaller publishers. Now just contemplate the ramifications of this deal. Then go and read Porter Anderson for some details.

Occasionally people ask me what I think of the whole Self Publishing/Indie movement... I mostly reply that when the Indie authors can crack print distribution the landscape will be forever changed. (This is that moment!)

Yesterday Hugh Howey wrote a plea to the whole writing community that it was time to stop arguing with each other and just get along. Everybody is sick of the Them vs Us rants between Trad and SP. It’s a very well reasoned argument and as you read it... some parallels are immediately evident with our own political landscape.

Frankfurt is over for another year... what was the main talking point in the literary world? Subscriptions and their impact on publishers. The success of this model for those publishers who have bought in to it is fueling the idea that maybe they can do it on their own.

Translators in Germany are getting a raw deal… Publishing Perspectives takes a look at what it’s like for them.

In this neck of the woods an Australian editor got a grant to spend 10 weeks researching
Y A trends with publishers and agents in New York and Bologna. Her report is fascinating. It’s a big read so make yourself comfortable. I was very interested in the way books were marketed as either Block Busters OR Award Winners.

Catherine Ryan Howard, one of my go to gurus about Self Publishing has just updated the tax section in her helpful blog. Maybe you won’t need a US tax number after all.

Another guru Susan Kaye Quinn also has updated information on using Amazon pre order buttons... this is gold advice for those people who have a series in the works.

In the Craft Section,
Vital prep steps for NaNoWriMo

Principles of the Inciting Incident

In the Marketing Section,
6 hot trends in Indie Book Marketing

9 ways to promote your audio book

Rachel Gardner on tools to make your author life easier

How much should you charge for your eBook?

To Finish,
After your big idea session... you need to relax… Check out this handy infographic on Yoga positions for writers...
I would add a good stretch for the wine bottle to it.

Pic: Cool use of keyboards.... Shawn DeWolfe
Posted by Maureen at 4:42 PM