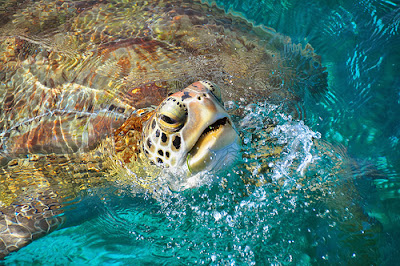 Reviews...fake...nasty...and contained has been the topic around the Blogosphere this week.

Goodreads new policy is to try to stop the bullying reviews and personal attacks of authors on the site. The freedom of anonymity, while you are sitting at home, to write on the internet a corrosive review of a book or author because you can...and no one will call you out to your face for your behaviour...brings out the troll in some people. And trolls seem to seek affirmation of their troll behaviour from other trolls.  Any writer putting their head above the parapet to call out troll behaviour gets targeted. Hugh Howey talks about this and how he was guilty of ducking it until this week...A great article from Hugh.

Being the geek I am, I read PopSci and this week PopSci looked at a scientific study of negative reviews on science stories and found that constant negative reviews which are emotive, skewed the perceptions of the readers to put aside the facts of the science article.
PopSci pulled the plug on comments on their articles on their website...there are still ways to comment...FB, Twitter.... but not on their website.
If you carry out those results to their logical end--commenters shape public opinion; public opinion shapes public policy; public policy shapes how and whether and what research gets funded--you start to see why we feel compelled to hit the "off" switch.

Self-publishing advice has an article which tells you about the subculture of Amazon Reviewers...yes they talk to each other...

Porter Anderson spends a lot of his Ether just looking at the articles flying about reviewersthis week and there are many... So take a long break and maybe reach for alcohol.

The Frankfurt Bookfair is about to kick off and as usual there are lots of side events looking at the state of publishing. Publishing Perspectives takes a look at one aspect that will be big news at the fair... Self Publishing : the industry implications and impact.

Another must read is Kris Rusch. This week’s stand out article is the stages of an Indie writer. This is being tweeted around the blogosphere...

Elisabeth S Craig also has a nice little post on being a Hybrid Writer.

Chuck has always been Mr Nice when talking about traditional publishers, after all he may cuss but he is not a hypocrite.  (Unlike a certain author who is getting roundly dissed for his hypocrisy all over the web.) Chuck traditionally publishes but doesn’t diss Indies or Amazon or anyone that plays fair... until today when he came out in Chuck mode in an open letter... Dear Publishers.

In Craft,
Star Wars...and the 8 things it can teach us about writing.

Simple Writing  has one of the best explanations ofVoice I have read in a while.

In Marketing,
Julie Muesil looks at the brilliant way that Hugh Howey markets.

MediaBistro takes a look at how to do book covers with public domain pictures.

DigitalBookWorld looks at 5 ways that authors can handle bad reviews.

Website to go look at,
This is an author run co-op with some illustrious members...making waves in the indie publishing world. Check out how they got together and how they publish their work. I keep saying this is the way of the future...

To Finish,
SCBWI has introduced a new award for non traditionally published books...and Katherine Applegate (Animorphs) has been signed by HarperCollins for a new series on the strength of 3 sentences...

The green trolls of jealousy should be gathering to pull her down about now.
More Power to Katherine’s Arm.

I saw in my Twitter feed today a nice reminder....
If you think your idea is too weird to fly... just remember these four words.
Teenage. Mutant. Ninja. Turtles.