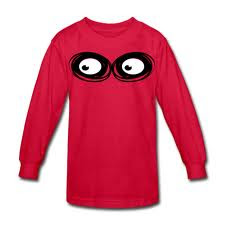 This week I have spent a lot of time staring out through car windows as we have traveled the length of the North Island. We don’t usually travel this trip in mid winter and the familiar summer landscape morphed into unfamiliar with ice and snow touches which generated lots of interest inside the car. The volcanoes looked spectacular and we detoured to give the kids an hour playing in the snow.

My reward for driving the tricky mountain icy road and taking lots of pictures of my snow loving family was to spend a good hour chatting with my fellow FaBo writing team member Kathy White as we plotted dastardly twists that we could put into the next FaBo story...heheheheh.

Fabo 3 gets underway next week, so tell a child near you to check it out. Nine writers...a story that twists and turns...and a challenge to KIWI KIDS to try an outwrite us every week for prizes and fame...and coz we might need some ringers when we need a break....

Today I have been thinking about the marketing options writers have with movies....I hear you all saying WELL DUH! but it is bigger than that. Popular teen authors have this whole movie buy in sorted. They get their fans to come up with dream casting of their favourite characters... promote and discuss these...and if they have a film option generate hype for every little piece of news...this of course feeds into the books...with competitions for best fan book cover, best fan book cover for movie tie in...movie poster art with your dream cast...etcetc. What makes this a marketing mania tour de force is that the books titles are constantly being talked about in a sort of sideways move.

Today Cassandra Clare, having a keen finger on the fan pulse, had a pivotal piece of news to share with her fans on the casting of a major character in the City Of Bones movie. She told her fans she wouldn’t reveal it until they made it a trending topic in Twitter. One hour later it was the worldwide trending topic and she had to spill the beans. Cassandra is generating huge hype for the movie but at the same time those books are getting pushed in front of everyone. Not bad when she has two more books to go to wrap up two series and launch a third.

Catherine Ryan Hyde, she of Pay It Forward fame, talks about what happens when Hollywood gets hold of your book and then rewrites it...how does an author cope...

Both of these posts look at author marketing in a slightly different way. The next two links help you to understand what is going on. Betty Ming Liu teaches social media in her journalism class and she has put together the guide to the best way to use Twitter. This is how I use Twitter and how I tell others to use this tool.

Catherine Ryan Howard talks Google and SEO which is something that authors need to understand...especially Metadata. How does a search engine even find your book?

LJN Dawson reminds us that this whole book explosion thing is recent and nobody has a handle on Metadata...but we should.

Chuck takes a look at 25 Bad writing behaviours....(warning It’s Chuck...so be prepared to have your hair stand up! You will nod and laugh sheepishly at the same time tho.)

Laura Hazard Owen talks about the new publishing kid on the block for women writers...you pay but they vett...an interesting model that may well point to the way of the future!

Agent Rachelle Gardner talks about 7 ways that writers give up their power and why this is not a good thing.

In the craft section
K M Weiland talks about tone...do you struggle with it?

Janice Hardy talks about filtering...that is words that distance the reader from the POV character.

Agent Mary Kole talks about a common problem she sees often in manuscripts...when the problem is too difficult...the characters become unbelievable...

Writer Unboxed has a stand out post on the curse of the middle book..that is the one in the middle of a trilogy...How do you get it to stand on its own when everybody knows it’s the middle book!!!

To finish,
Ollin Morales always has an interesting blog and this piece on the ten rules of grammar all writers need is an inspiring reminder to look at rules sideways.