The Best and the Worst... 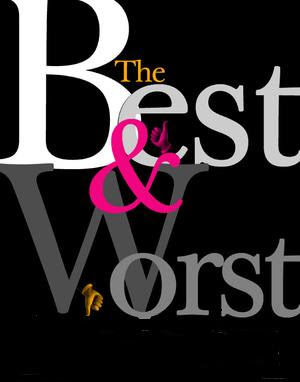 Writers and readers week has finished and I made it to two events... The publishing in the 21st Century panel and the wonderful incomparable Neil Gaiman.

On refection, I had high hopes for the publishing in the 21st Century panel. I have been reading a lot of websites and blogs looking at industry comment from around the world, following discussions about the impact of the iPad. At the end of the session I looked at my friend and said “I’ve got more interesting and relevant comment on my blog than I just heard from these industry leaders,”(...which included a New York editor, an English agent and one overseas owner publisher and the commissioning editor of a literary houses here in NZ.)

It could have been so much more but no one was willing to stick their neck out except to assure the audience that there would be a golden future ahead and that publishing will always need filters like themselves to tell you what was worth reading.

Yes, we need filters but how many of us have read a book which finalled or won an award and wondered what the fuss was about? Sometimes their filters don’t work for us.

(Is anyone filtering the cell phone novel craze in Japan...the twitter novel craze...)

Neil Gaiman was amazing and wonderful and....Kate De Goldi was a wonderful interviewer (we are so lucky to have her.) Neil read three of his epic poems and had the whole sold out auditorium spell bound and silent for the entire time and then signed for three and half hours afterwards.

I wrote up my notes for Maria Gill and have since passed them on to people in Wellington who didn’t get the chance to see and experience God Gaiman. I am so lucky. (Let me know if you want a copy.)

Mary McCallum has blogged about the event and as she is more literary than I, has managed to do him justice and she has a dishy photo of him as well. IF you haven’t read any of his work go out and read The Graveyard Book (no you can’t borrow mine with the cartoon and personal message from Neil...sigh) It is wonderful writing. Or find Odd and the Frost Giants a little book he wrote for charity this year. (fabulous)

As the International Arts festival is finishing here, in Austin Texas they are being wowed by the South by South West conference and Festival. It is primarily known as a music and film festival but they have an Interactive arm and this has been providing some very interesting comment on changing times in publishing. Galleycat has collected comments on this years publishers panel on the brave new future which has links to some great notes, written and pictorial. Good thought provoking stuff.

DK publishers have released an inhouse video on The Future of Publishing which is doing the rounds (it’s a bit of a riff on the new generation video that had such an impact last year among teenagers.) However it is still very good. (watch right until the end)

And lastly a competition you might like to enter. Come up with the worst hook for very bad book. Chuck Sambuchino from Guide to Literary Agents is running the third worst storyline ever contest.

A past winner was this gem

"A man's lifelong plan to dress up like Jabba the Hutt and star in a new line of workout tapes finally comes to fruition, but everything goes horribly awry when the man gets ink poisoning, lead poisoning and mercury poisoning all at once."

'Neverwhere' and 'Coraline' are also fab - I'm too jealous of you to say anything else...:)

Thanks for swinging by my blog today, Maureen! Enjoyed your comment!

Hi Melinda,
The next time the festival is on think professional development and claim it on the tax...that is what I have heard from a few writers...
because it is!

Hi Jody,
Your blog is great and well worth a visit...could you share tips on how you organise your busy life of house of small kids, wife, mother, blogger twitter-er and three book deal...coz I look at my house and think chaos...
Cheers
Maureen