The Revolving Door of Publishing

Writers & Illustrators: All the networking/promo in the world can’t help unless you get your book FINISHED first. pic.twitter.com/XeliPtgAHG
— Debbie Ridpath Ohi (@inkyelbows) August 25, 2015

This week the hot topic around Twitter was that self published sleep book for kids written by a sleep psychologist which raced to number one on Amazon and is now in a 7 figure publishing deal. Hugh Howey looks at all the changes in publishing in this story.

Germany announced this week that they are scrapping DRM on Ebooks. Predictions that the English language will be next could be far fetched. Mike Shatzkin looks at DRM free implications and reading books on phones. Surveys just out say the number is up to 1 in 7 people mainly reading on their phone but which apps are the best for this.

Writer Beware reports that the Author Solutions case has been dismissed as they settled out of court... that’s one class action down... (PRH has deep pockets...)

Can data dictate publishing decisions? That’s the topic for Futurechat this week. With data being mined by Kindle Unlimited who know exactly when a reader stops reading to phone companies who know where and when a reader is reading.... What are the implications for publishers?

Anne R Allen looks at author blogs. How can you do better?

Writer Unboxed revisits the ten things not to say to a writer in light of some dubious comments being said to writers very recently.

Larry Brooks is writing for the Killzone blog and he has a few wise words to say about authors letting rip on their manuscripts before they have learned some fundamentals of the craft... (for a less measured approach see Chucks rant.)

Christina Katz has a post looking at 10 things happy productive writers do that they don’t need to.

Author Chronicles takes issue with those annoying pop up adds.

In the Craft Section,
Perfect opening lines- from TOR

7 tips for proof reading your book

Chuck has a no holds barred post on rookie mistakes that new writers make. (You may never look at dialogue tags the same way again.)

Janice Hardy has two guest writers writing some great posts.
Bonnie Randall on killing your darlings unless you can give them goals and Amy Christine Parker on writing outside of your comfort zone. (Bookmark)

In the Marketing Section,
11 ways to promote your book with images

Four podcasts every self publisher should be listening to

How and where to obtain book reviews – James Rose

How to use Twitter to find Book Reviewers- Ricardo Fayet (Bookmark)

To Finish,
The Queen’s bookstore in London has turned hand selling into a high end art and a global enterprise... so now they are mixing it up by having a bookseller in Asia. Yes... I mean A Bookseller NOT A Bookstore...

Just when you think you know what is coming next in publishing... 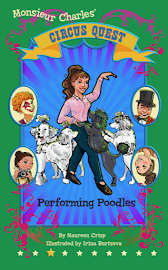